Over time, tobacco and its negative effects has become a topic that is popular on the mouth of everybody. However, only few people think of the environment when talking about the negative effects of tobacco.

Unfortunately, the environment is the worst hit by activities of the tobacco and cigarette industry. Until everyone learns to start doing something about this trend, they might be in for some big trouble in the nearest future. This article will focus on some of the negative effects of tobacco on different elements of the environment, as well as steps that must be taken to prevent the looming damage.

How Smoking Influences Nature and Environment

As much as people like to talk about the health issues involved in the use of tobacco, it is important to come to a realization that it goes beyond that. In fact, tobacco is as much an environmental issue as it is a health issue.

According to a 2016 statistics by Centers for Disease Control and Prevention, about 250 billion cigarettes are smoked in the United States alone, every year. Imagine what such a whopping number means to the environment. That simply means that they are the most littered item around the country, yet people fail to see how much bad this is doing to the environment already. Experts claim that cigar waste has the potential of leaching toxic chemicals into the environment, therefore, causing water, land, and air pollution.

The truth is that every step involved in the process of cigarette production affects the environment in one way or the other from the growing tobacco itself, to the discarding of used cigarette. The whole process has its own effect on the environment.

Previous researches have found smoking to be harmful to plants, animals, and nature, as much as it is to man. The whole process of producing and consuming cigarettes impacts the environment negatively. Hence, the need for more attention to be paid to developing strategies that will help stop the issue. Here, take a look at a few issues that the growth of the cigarette and tobacco industry condemns the world to:

The smoking industry is designed by its own processes to harm nature. The kind of land needed to grow tobacco is often not gotten, except by chopping down of trees. Over time, deforestation has cost our environment. And continuing in the process of deforestation will do more harm than good.

Wildfires are another underrated effect of smoking on our environment. A common starter of wildfire all-round the works is cigarette waste. Available statistics even point to the fact that over 17,000 deaths around the world are caused by wildfire from a lit cigarette. Very alarming figure.

Yet very little is being done to stop the trend. Fire can start from a single spark from a cigarette, and if not controlled can, run rampant in a very short while. Fire from cigarettes affects humans, as well as the local ecosystems. Wildfire can cause irreversible destruction to a large part of the environment within a short time, leading to deforestation.

Animals too feel the effects of cigarettes in their own ways. First, the presence of cigarette butts and packaging on streets put animals at a huge risk of consuming them. The chemicals from these pollutants when consumed, can potentially enter the bloodstream of an animal.

The chemicals are poisonous to animals and can kill then. Over time, research has continued to point to how dangerous cigar liters are to livestock and farms as a whole, having caused millions of animal deaths around the world. Animals have a strong potential to eat litter when they come in contact with it. Ingesting these litters, on the other hand, does not only cause choking, but it also leaves them prone to falling sick.

Cigarette butts contain toxins and chemicals that are dangerous to anyone consuming them. By eating these litters, livestock is exposed to dangerous chemicals hence resulting in their death or sickness.

Livestock also gets affected by the presence of cigarette litter on the soil. Just like a domino effect, the litter seeps chemicals into the soil, poisoning the grass in such areas. When animals come to graze in such areas, they end up eating plants that are filled with chemicals.

Apart from humans and animals, other elements of the environment also suffer from the negative impact of cigarette and tobacco on the environment. When cigarette litter finds its way into the ground, for instance, it releases harmful chemicals that can cause damage to the soil structure. The potential change that this effect causes on the soils structure can make the world unsafe for the growth of vegetation.

A recent study exposed that soils contain the same level of hydrocarbon as cigarette when it is exposed to cigarette waste. This simply means that the soil gets easily contaminated by the harmful chemicals in cigarette litters. The toxins released can cause infertility on the soil. It is almost impossible for farmers to grow crops in areas with infertile soil. If by any chance the soil remains fertile, then there is a risk of contamination on anything growing in the area, making the crops to be dangerous for consumption.

Tobacco growing also requires the use of chemical fertilizers for enhancing the growth of the crop. For sure, the heavy use of strong fertilizer has its own negative effect on the fertility of the land in the long run.

Over time, the safety of oceans and its impact on the overall ecosystem has become a topic of international discourse. Measures are being put in place by successive governments of different countries to curb the dumping of refuse in ocean paths.

One very popular waste that finds its way often into the ocean is a cigarette. It is ironically the waste that is often underrated when efforts to purify oceans are initiated. Unfortunately, cigarette litters contain far more dangerous chemicals than most other ocean wastes.

Ocean lives are generally threatened by inorganic waste dumps finding their way into the ocean. Add that with the dangerous chemicals contained in cigarette litter and you will know that most sea and ocean creatures are on the verge of going extinct. All these dangers highlighted here and many more others add up to show that the universe is in need of quick and sustainable solutions. But the problem is what can be done?

How to Prevent The Damage

The effects of smoking on the environment are disastrous. The tobacco industry, as seen already pollutes nearly every element of the environment, from water to land, and even air. Humans, animals, and plants all suffer from the activities of the cigarette industry, and something needs to be done urgently.

Stopping cigarette pollution might be difficult, but it is possible. One excellent way to stop it is to encourage people to stop smoking. The fewer the number of smokers, the lesser the pollution levels caused by the activities of the cigarette and tobacco industry.

There you have it, some of the harm that our environment is forced to gravitate towards daily because of the activities of cigarette and tobacco industry. The problem here is that nobody is left out of most of these effects. Both smokers and non-smokers are affected in the long run by most of the issues that have been highlighted above. Hence, the need for all hands to be on deck in pursuance of a smoke-free environment. Or at least an environment with less smoking activities.

Thankfully, the government of a several of countries is already looking into this, and online publications are released almost on a daily basis to educate the populace. But, beyond the creation of public awareness, more needs to be done. The government needs to become more actively involved, and people need to do more. Indeed, it promises to be a long battle, but it is one that is winnable with total dedication. 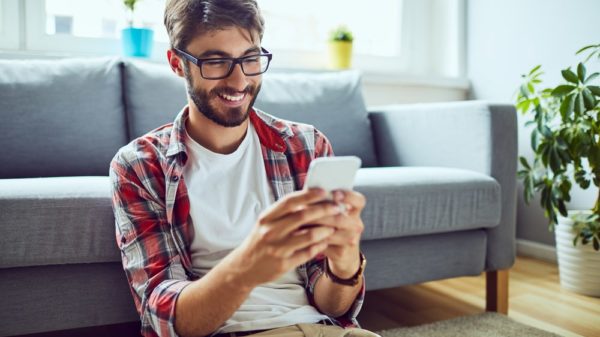 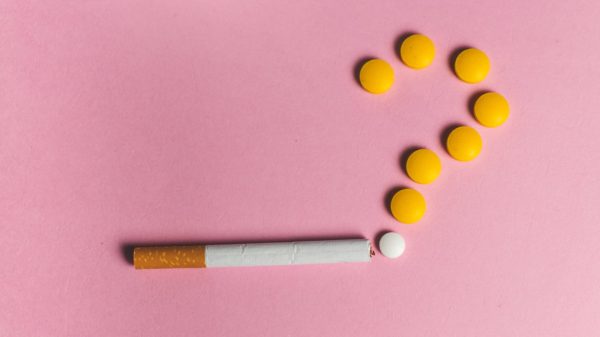 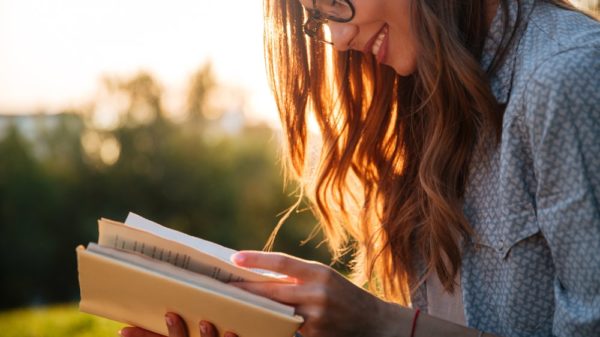 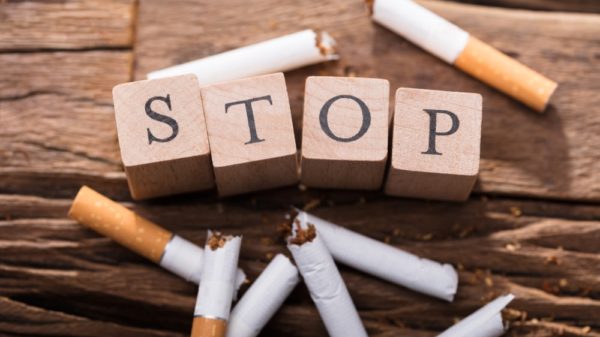 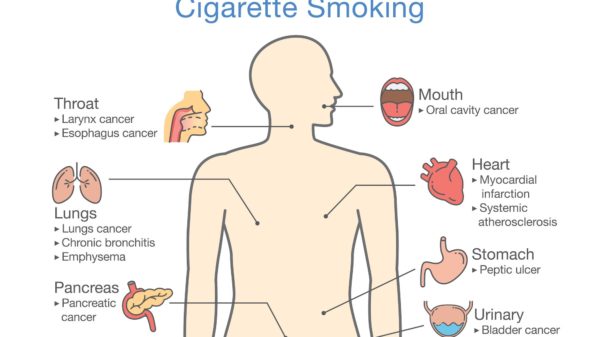 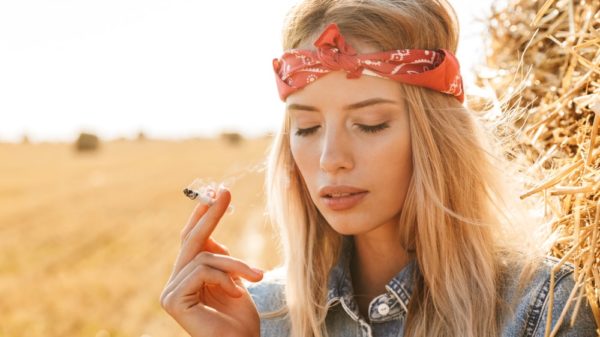 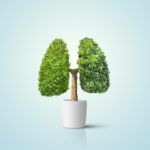 Lung Cleanse: How to Restore Your Lungs Once You Quit Smoking 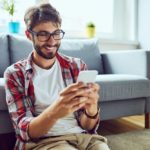 Christopher Kephart
Christopher develops the tactics for our articles as well as works on writing and publishing. He keen on smart thoughtful texts which can educate and entertain.
Menu